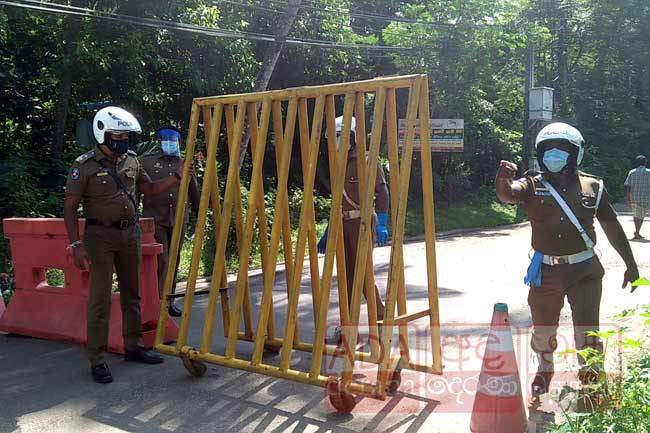 More areas in the Eheliyagoda Assistant Government Agents’ (AGA) Division and the Godakawela AGA Division have been isolated in this manner.

Accordingly, the following areas have been placed under isolation.

Commander of the Army Lieutenant General Shavendra Silva says that those in the Western Province are prohibited from travelling outside the province with immediate effect.