A fishing and hunting enthusiast took her hobby to the next level by catching a huge catfish with her bare hands. 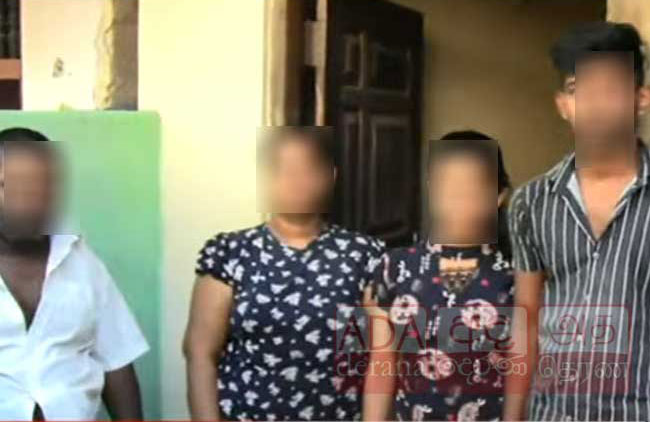 The 21-year-old pre-school teacher, who had been pregnant at the time, and her family from Pethiyagoda, Kelaniya had been subjected to quarantine at Diyathalawa Quarantine Center when her husband, who works at the Peliyagoda Fish Market, was hospitalized over COVID-19 on October 24.

The woman claims that the officials who escorted them refused to listen to her concerns.

She said that she was in severe discomfort during the bus ride to Diyathalawa from Kelaniya.

Subsequently, she had been admitted to the Diyathalawa Hospital at around 4 am in the morning where she had been given saline before being escorted back to the Quarantine Center.

PCR tests carried out on her and her family members at the Quarantine Center had confirmed negative. Accordingly, they had been escorted back to their home.

Following the period of self-quarantine, the woman in question had been admitted to the Castle Hospital over a discharge of blood where it was diagnosed that she had miscarried the baby.

She said, “It has now happened. Nothing can bring [the baby] back. I ask the government to stop these from happening at least in the future.”

Fresh COVID-19 positive cases were identified in Sri Lanka as the total number of cases reported from the Minuwangoda and Peliyagoda clusters reached 12,425.