Sri Lanka’s Covid-19 death toll climbed to 41 as another person infected with the virus passed away, the Director-General of Health Services confirmed. 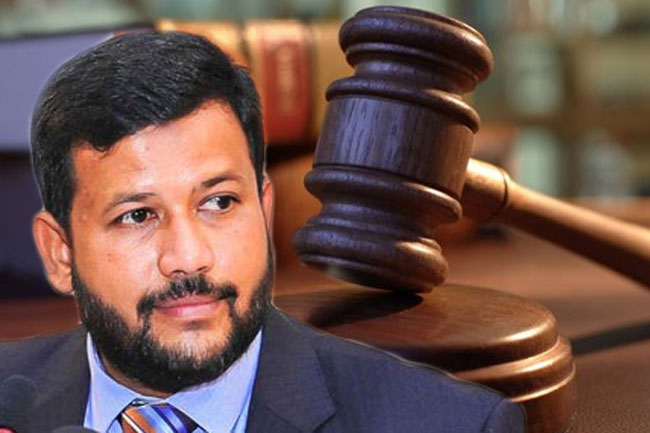 Parliamentarian Rishad Bathiudeen has been further remanded until the 25th of November.

On November 10, the defence attorneys had sought the magistrate to release MP Bathiudeen on bail claiming he is susceptible to Covid-19 infection if he continues to be under remand custody at Magazine Prison.

However, its superintendent had informed the court that none of the officers or inmates at the prison have contracted the virus so far.

Hence, the magistrate has decided to dismiss the bail application put forward by the defence attorneys, ruling that the parliamentarian is not at risk of coronavirus infection.

Further, the third suspect in the cases has also been further remanded until the 25th of November while the second suspect was released on bail.

MP Bathudeen is accused of misusing 222 buses belonging to the state-owned Sri Lanka Transport Board (SLTB) for transporting internally displaced persons (IDPs) from Puttalam to polling stations in Silavathurai, Mannar during the 2019 Presidential Election, along with the director of the project Mohamed Yaseen Samsudeen and the project accountant Alagarathnam Manoranjan.

They have allegedly violated Article 82(1) of Presidential Elections Act, No. 15 of 1981 by misappropriating public funds to the tune of Rs. 9.5 million.

Last month, the Criminal Investigation Department (CID), upon the direction of the Attorney General, had sought the Colombo Fort Magistrate to issue a warrant to arrest MP Bathiudeen and the other two suspects on charges of criminal misappropriation of public funds and violation of election laws.

On October 14, the Colombo Fort Magistrate issued a travel ban on the parliamentarian upon a request by the CID.

MP Bathiudeen was subsequently arrested at a housing complex located at Ebenezer Place in Dehiwala in the early hours of October 19.

He was then produced before the court and remanded on two occasions and his bail application was meanwhile rejected by the Colombo Fort Magistrate last week.

However, the CID has become suspicious after he has had visits from former ambassador to Russia - Udayanga Weeratunga, during these trips. The Interpol is still seeking to arrest Udayanga.

A total of 24 inmates of Mahara Prison have been admitted to the Ragama Hospital for treatment, following the unrest reported