The Ministry of Health confirms that 470 individuals who were previously diagnosed with Covid-19, have been discharged from medical care

Police intelligence operation to identify those who leave Western Province

Police intelligence operation to identify those who leave Western Province 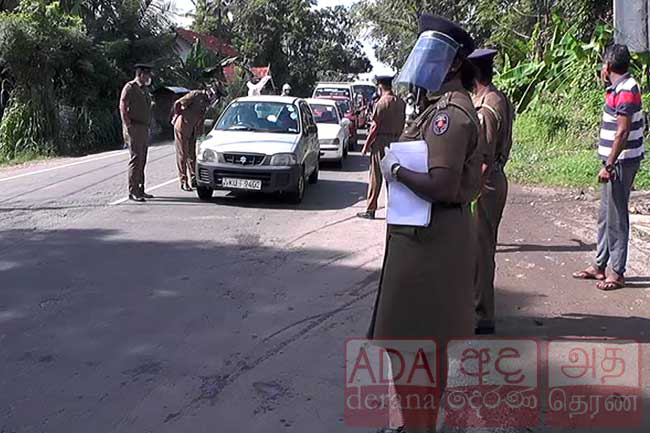 The police intelligence officers have launched a special operation to apprehend those who leave the Western Province borders violating the quarantine regulations, says DIG Ajith Rohana.

Police media spokesperson said legal action will be sought against any individual who has left the Western Province during the isolation period.

The National Operation Centre for Prevention of Covid-19 Outbreak (NOCPCO) on Wednesday (11) announced that leaving the Western Province borders will be prohibited until midnight on Sunday (15).

DIG Rohana noted that all exit points of the Western Province will be strictly monitored and special checkpoints have been set up on expressways for this purpose.

Employees in essential services will, however, be allowed an exception for official duties, he stressed.

Anyone who enters the Western Province will only be permitted to leave the borders after Sunday, the police spokesperson explained.

In the meantime, all passenger bus services that enter and exit the Western Province have also been temporarily suspended during the isolation period.

Subsequently, Sri Lanka Railways announced that train services from Western Province to other areas will be suspended until midnight on Sunday.

Accordingly, those who had left the Western Province after the travel restrictions were imposed will be placed under quarantine for two weeks.

These moves came after President Gotabaya Rajapaksa had directed the officials to take necessary steps to prevent movements from the Western Province, where the majority of the COVID-19 infected were identified, to other parts of the country.

A total of 24 inmates of Mahara Prison have been admitted to the Ragama Hospital for treatment, following the unrest reported