The Indian Air Force (IAF) and Indian Navy will participate in the 70th anniversary celebration of the Sri Lanka Air Force. 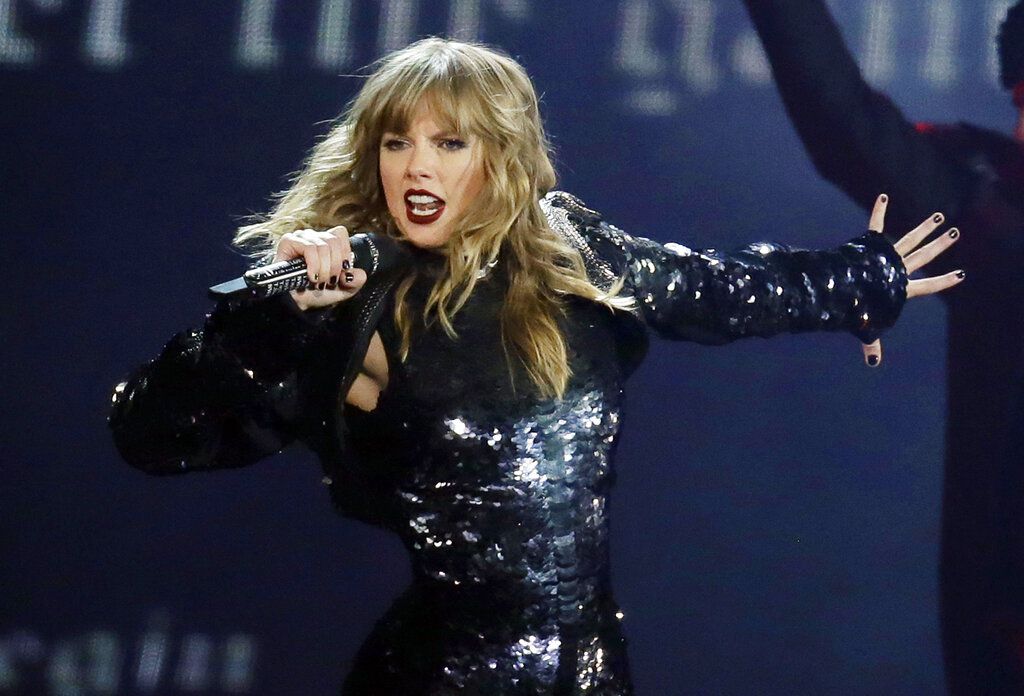 Each Taylor Swift album seems to encompass a theme, and her new record “Midnights” brings dark and electric songs inspired by the quiet and thoughtfulness of night

All of me changed like midnight,” Taylor Swift confesses halfway through her latest album, the aptly named and moody “Midnights.” It’s a moment on the electric “Midnight Rain” that finds lyricist Swift at her best, reminding you of her unparalleled ability to make any emotion feel universal.

The song’s chorus begins: “He was sunshine, I was midnight rain.” And continues: “He wanted it comfortable, I wanted that pain. He wanted a bride, I was making my own name. Chasing that fame. He stayed the same.” Then, that lyric: “All of me changed like midnight.” The sound feels experimental for Swift, opening with her own vocals artificially pitched down to an almost-unrecognizable tone. It’s among the album’s most sonically interesting, an indie-pop beat that feels reminiscent of her producer Jack Antonoff’s work on Lorde’s “Melodrama,” but also fresh and captivating.

The song’s words, by Swift and Antonoff, are steady and detailed, but not distracting — allowing you to sink into the rhythm, flowing and feeling it with her.

On the 13 tracks of “Midnights,” which reportedly broke Spotify briefly after its release overnight, a self-aware Swift shows off her ability to evolve again. For her 10th original album, the 32-year-old pop star approaches the themes she’s grown up writing about — love, loss, childhood, fame — with a maturity that comes through in sharpened vocals and lyrics focused more on her inner-life than external persona.

“Midnight Rain” could be a thesis statement for the project she’s described as songs written during "13 sleepless nights,” an appropriate approach to the concept album for someone who has long had a lyrical appreciation for late nights (think “Style”: “midnight, you come and pick me up, no headlights…”). Of course, she’s centered her work around themes before — on “Red,” an ode to the color and the emotions it stands for, “reputation,” a vindictive reconfiguring of her own, and most recently on “folklore” and “evermore,” quarantine albums that expressed vulnerability in ways only isolation could.

But Swift presents “Midnights” as something different: a collection of songs that don’t necessarily have to go together, but fit together because she has declared them products of late night inspiration. Positioning listeners situationally — in the quiet but thoughtful darkness of night — instead of thematically, feels like a natural creative experiment for a songwriter so prolific that her albums have become synonymous with the pop culture zeitgeist.

And with that, comes a tone that is just a little darker, a little more experimental, and always electric.

Track one, “Lavender Haze,” pairs a muffled club beat and high-pitched backing vocals from Antonoff with stand-out, beckoning melody from Swift. “Maroon” is a grown-up and weathered version of “Red,” a dive into lost love with rich descriptions of rust, spilled wine, red lipstick — images Swift is reconjuring with more bite.

“Labyrinth” makes clear she’s carried the best of her previous pop experiments with her — the synth of “1989” and the softer alternative sounds of “folklore” — as she admits as only a songwriter can that a heartbreak “only feels this raw right now, lost in the labyrinth of my mind," on top of a track featuring Bon Iver-esque electronic trills.

Swift shines when she is able to marry her signature lyrical musings with this new arena of electronic beats. And while this isn't another album of acoustic indie sounds like “folklore,” it is clear that Swift has taken a step forward in the indie-pop genre — even if it's a step in a different direction.

The album’s weaker moments are the ones where that balance feels off. “Bejeweled” is a bit too candy sweet, with lyrics that feel like an updated, glittery take on “Me!” The much anticipated “Snow On The Beach,” featuring Lana Del Rey, is poetic, pretty, and at times cheeky, but not as emotionally deep as the lyricists' combined power suggests it could be.

Even in those moments, “Midnights” finds Swift comfortable in her musical skin, revealing the strengths of a sharp and ever-evolving artist who can wink through always-cryptic allusions to her very public life or subtle self-owns dispersed amidst lyrical confessions (see: “Anti-Hero” and “Mastermind") and hook even the casual listener with an alluring, and maybe surprising, beat.

But like the love-soaked "Lover," and intimate "folklore" and "evermore," "Midnights" feels like both a confessional and a playground, crafted by all the versions of Taylor Swift we've gotten to know so far for a new Taylor Swift to shine. And like always, we're just along for the thrilling late-night ride.

More COVID-19 positive cases have been identified raising the total number of cases reported from the Minuwangoda and Peliyagoda clusters to 9,937.